The IFCH consists of representatives from eight major faith groups, which meet in the Halton Region.

The IFCH was formed after the events of September 11, 2001 in response to the recognized need for greater awareness and understanding amongst the people of our increasingly diverse community.  During our journey of discovery, we have come to learn that despite the many different practices and rituals of various faiths, the essence of our core values are the same.  The Golden Rule of treating others the way we would like to be treated, which is shared by all religions, is a primary example that demonstrates this principle. 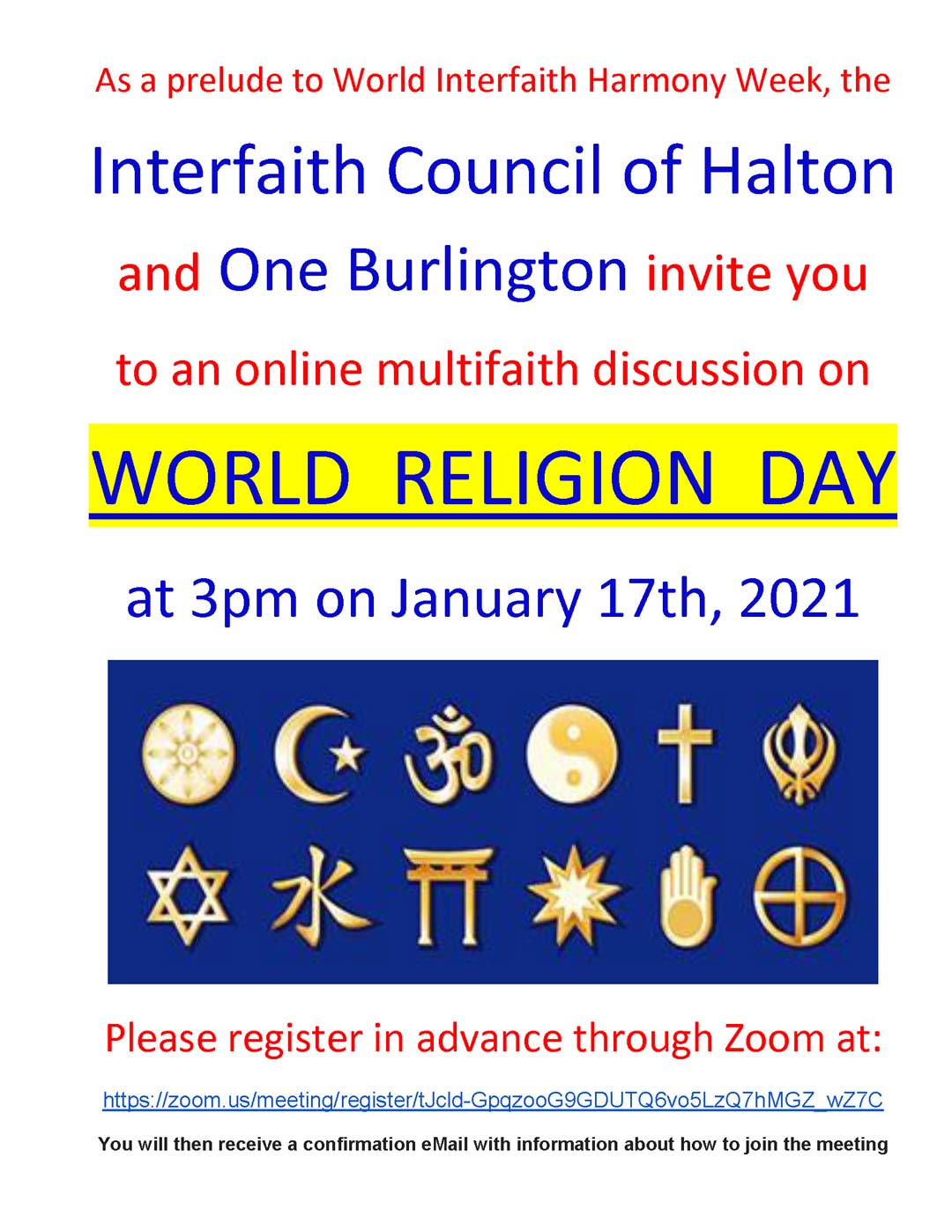